It’s been about 3 years since my last hike to Adam’s Peak (Sri Padaya). This was my 2nd hike to Adams Peak and both times were during “off season”. Generally, the authorities have been trying to discourage hikers from climbing during the off season, part of a new initiative to reduce environmental pollution in the area, keeping it pristine for years to come. This also gives animals and natural wildlife in the area the freedom they deserve to roam free. (They deserve to be free after all!)

Usually locals don’t show much interest to hike during off season however Adam’s Peak is mostly patronized by foreigners during the off season.

If you’re the kind of person that likes solitude, with just the peace and quiet of you and nature, then that’s a reason to hike during ‘off season’ when it’s less crowded. The second time me and three of my friends hiked to Adams Peak we started at night, the only people we saw were Police personnel at the starting point area where we parked our vehicle. Climbing up to the peak alone at night certainly isn’t for the faint of heart! We were the only group hiking at that hour, right up until we got to the summit, which honestly, was a bit scary. At certain times we couldn’t even see each other without lights, so don’t forget your flashlight! There are lights until a certain point, but after that it’s black and dark and with a flashlight you can just manage to see the steps ahead of you! Also some rain gear won’t be a bad idea as the area does get the occasional drizzle, which adds to the sense of adventure.

On the way to Adams Peak you’ll see quite a few waterfalls, often gushing with water during the monsoon season. Since it’s off season, flowers are in bloom, so you’re just in time to catch a glimpse of nature at its finest. There ain’t no CO2 here! So rest assured you’ll be breathing the freshest air in the entire world!

The view up at the summit is just beyond words and expression, it’s just breathtakingly amazing. Nothing beats that kind of view and yes, the path to get there might not be the smoothest or most comfy but the light at the end of the tunnel is, you guessed it; that incredible view! Like with most things in life difficult paths lead to beautiful destinations. Savor the moment by taking plenty of shots to post on social media; go ahead, you’ deserve to boast on the gram a bit!

Keep in mind there’s much less of a crowd during this season, it’s just you and the calm nature. Find a spot to laze around for a bit and take a step back and engage in some introspection, reflecting about your life, where your problems seem small. This is the perfect environment for those Zen moments you’ve been chasing. Plus you might get a look inside the Temple at the summit if you are hiking on a Poya day.

Last but not least, take care of the environment that has given us so much in return. Don’t even think about littering on the trail, take whatever litter with you in your backpack. Regulations have gotten stricter over the years, and local people around the area do their best to clean the area during off season, so help them out by doing your part. 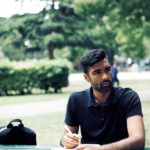 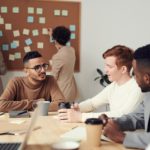 Why Sri Lanka as an Offshore Destination for IT