From sun kissed beaches to morning mist in lush hills, there isn’t a shortage of destinations within our island paradise for us locals as well. However where local tourism is concerned, a major barrier for most is transportation. Now if only we had our own set of wheels to get us places! Ah yes, the freedom of owning your own car in Sri Lanka, a dream that while not impossible to attain, has many roadblocks along the way! The foremost of which is the country’s exorbitant taxes on vehicles, which in some cases range from over 100% for some makes and models. Sri Lanka has a perception that cars are a luxury to a privileged few, the affluent rich, or to politicians. This is extremely abnormal as a basic car isn’t considered a luxury in all developed nations and even some developing nations.

To give you an idea of just how ridules things are over here, let’s say I wanted to buy a base model Toyota Prius, well not so fast, cause just the tax alone would cost upwards of 4.5 million! Ok so we’re done right? Oh no, we’re just getting started, in fact that’s just the excise tax, there’s other taxes that get added on too, so if you want the basic of Prius’ be ready to shell out at least 10 million LKR for one (that’s around 55,000 USD for which you could get a decent BMW in the USA or Australia). And did I mention even this 10 million isn’t for a new Prius, oh no no, here in Sri Lanka we have “new used” cars (“reconditioned” is a fancier spin on it tbh). Yup, it’s that bad, and it’s easy to see why a young person would lose hope in owning a vehicle. This is highly demoralizing to today’s youth as well, who think that “the good life” (a middle class living standard) is a reality only for a privileged few. A large part of the problem is Sri Lankan’s tax policy which is in need of serious reform and modernization. To be honest neither of the major parties during their terms in office has had a sustainable long term policy on cars in Sri Lanka let alone making it affordable to average middle class households. Although I must say of all the arguments I’ve heard for increasing taxes on cars, the Unp led coalition of 2015 used some of the dumbest arguments, like “We can’t import cars because we have no space for them and our roads are already congested”. Roads huh? You mean like the things we taxpayers pay the government to build? Oh and this gem of an argument came from the same government promising a VW factory in Kurunegala (spoiler alert, it never saw the light of day). And Sri Lanka is a country desperately in need of more expressways to facilitate better interconnectivity between its major cities.

However the issue is also cultural as people with a class mindset view owning a car (whether a Prius or a McLaren) as a “high class symbol”. Clearly this needs to change in the long term and we also need to stop looking down on others who do not have cars.

Where do they come from?

Most of Sri Lanka’s “new used cars” (I’m sorry, “reconditioned” cars!) are shipped over from Japan. A Nikkei Asia report finds Toyota has a 45% market share and Honda is a close second at around 25% with 80% of those being Hybrid vehicles. Sri Lanka has a market that loves eco friendly cars as fuel economy is a large concern when selecting a vehicle. So getting to the next question, why so many used cars from Japan? Do the Japanese switch cars every year like a new iPhone? No of course not! However Japan and Sri Lanka have what’s called a “symbiotic relationship” when it comes to car sales. Cars manufactured by Toyota or Honda are sold to dealers in Japan who purchase the cars themselves which boosts the sales figures of the car manufacturer. However the dealer cannot sell all the cars they have in store due to less demand in the home market, thus they sell them to used car traders in auctions. This is how used cars end up in Sri Lanka. This trading relationship is mutually beneficial to both countries as when Sri Lanka’s economy is growing and people have economic confidence and have access to credit facilities, they would be likely to buy a used Japanese car. And as the law of economics goes, more demand for Japanese cars on the Sri Lankan side means higher trade in prices on the Japanese side. Thus, if we view it from the perspective of the average Japanese person wanting to upgrade from (for example) a 2018 CRV to a 2021 model, that person would then have a massive incentive to trade in his or her 2018 CRV for a higher price in a used car auction.

Well right about now you must be thinking that sounds like a pretty good trading relationship where both sides are happy right? Well, you’d be wrong as this didn’t last very long. You can thank the 2015 government for that too, as they raised taxes for cars astronomically high which basically ruined a long standing trading relationship. Due to the higher taxes only the rich can afford to get even a “new used car” and thus demand in the Sri Lankan market just went down to record lows.

Brands, brands and more brands… (And tips and tricks)

So if you do want a reconditioned Japanese car, what exactly do your options look like? Well, this is one of the brighter areas in a rather gloomy sky so far. There’s more than enough brands to choose from thanks to the traders who ship cars from the auctions to the auto shops in Sri Lanka. As far as brands go, our people really love Toyota’s (mostly cause people are obsessed over those kilometers per liter figures!). Toyota does enjoy its reputation for reliability in Sri Lanka as well (Scotty Kilmer anyone?), that image is further bolstered by the widespread availability of Toyota dealerships and customer service locations around the country. This is because Toyota holds the majority of the market share in Sri Lanka’s auto market. Honda occupies the second position in terms of market share, and this is well deserved as well, and second place ain’t such a bad place to be in this market, as there are lots of millenial/ young buyers looking for more than just fuel economy. This segment looks for a “fun to drive” and engaging ride that also gets decent fuel economy through a hybrid drivetrain. The Honda FIT GP5 and the Grace are models that come to mind in this respect.

For most people in Sri Lanka a car is a massive investment, sometimes even more than a house, thus there’s a high level of psychological decision making processes dedicated towards this. Basically people over here really prefer to go with the “tried and true” brands (the popular ones), as many are risk averse buyers who do not want to own a car that has no aftermarket parts or service locations within the country. This is the reason that if you look out of the window overlooking a major highway, you’ll see a lot of Japanese hybrid cars and not many European brands. Even service centers and mechanics in Sri Lanka are well averse with the systems of modern Japanese cars than they are with other brands. If you are buying a used car though, you should always get it scanned by a professional to see if it all checks out, as you can never be too sure these days.

The road ahead… Towards brighter skies?

So where do we go from here? Is there hope for that young child from a modest family aspiring to own a car someday? The answer would depend on political leadership and consistent and rational policy making at the corridors of power. What Sri Lanka desperately needs is infrastructure development and a rise in living standards for its growing middle class. Freedom of movement is the basic need that is satisfied by owning a car, and that comes before “social status symbols”. A number of sensible and common sense reforms in policy should be on the agenda. Some of these include a drastic lessening of taxation of EVs (which are environment friendly and deserve to be incentivized). Even the total tax for petrol and hybrid cars up to 1500cc (this is your average Toyota Aqua, Honda FIT or Hyundai Elantra etc.) should not exceed 50 percentage points. Although, for the person that really wants that 6 Liter AMG or M Series, well, you can get it by all means but you will have to pay your fair share of tax for it!

In her 2016 concession speech Hillary Clinton stated “someday, someone will crack that highest and hardest glass ceiling”, well in a similar note, good policy making can bring Sri Lanka ever close to that “someday” in cracking that hardest and highest ceiling of car ownership, making the automobile dream a reality for the many, and not the few.

Why Sri Lanka over India for your next holiday 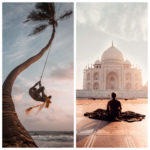