‘Ahh politics… ‘Ain’t nothing gets a flame war in the comments section like a controversial topic such as this. Make no mistake there’s equal amounts of passion, flair and outrage on both sides of this debate! Yep, it’s just that ‘war like’ in nature over here in Sri Lanka, whereas if you were an Uni student in the UK or the US the concept of paying for Uni is just normal. Basically the debate is between people who are already in government run state universities and those who go to Private (‘for profit’) universities and institutes.

It isn’t that much of a strange scene to see Colombo’s streets filled with young boys and girls holding placards and screaming a tagline at the loudest volume! (although they get free showers by the police water cannons, so there is that) Yes, there’s sometimes organized protests that are organized by government university students angry at the concept of private education. However students who go to these private universities only do so, because the government university system cannot accommodate such a large number of students, and thus not everyone is selected to get higher education at a government university.

I mean who are we kidding right? This ain’t Soviet Russia! Sri Lanka is an 82bn USD economy in terms of GDP, and there is no way it can afford to fund the education of every single A Level graduate to university. Plus even if there was a case to be made for increased government funding to accommodate more university students in the hope that someday these graduates will serve the country that has given them so much for free… well don’t hold your breath on that one cause some of the graduates of government universities migrate abroad and work in other countries. So whose economy is it really helping again?

The next popular grievance of government university students who protest private education is their claim that private education degrades the good standards of education, basically they claim these private run universities/ institutes are `selling” degrees. However this isn’t true at all either, many reputed private universities (such as NSBM and SLIIT to name a few) maintain rigorous standards and host degrees awarded by UK or Australian Universities, so the academic “standards” in question here, are in fact international standards, not that someone just decided to cook up a syllabus! So if they want to complain that the standards of UK universities aren’t up to the mark, then let them get ready to challenge the Oxfords and Cambridge’s of the world! Yep, it’s an argument that just doesn’t fly.

This issue was brought to the limelight of center stage media attention when NSBM and the SAITM Medical University were instituted. There was major uproar from government university students who were outraged that “rich people would buy medical degrees” without truly getting them through the government university system.

Of course this makes no sense as SAITM’s degrees aren’t awarded by paying fees, you had to put in the work as well. And the loophole to all this uproar? Go abroad and get an MBBS at any International University, see if the IUSL is against these “rich people that go abroad for their degrees”, and no they aren’t! That’s the best part of this whole saga! They are merely against the opening of private medical universities in Sri Lanka, so it’s not the “rich” they are hurting, it’s the middle class. Basically they fear it would lead to competition with government university graduates and eventually jobs in the medical sector.

The IUSL may not be coherent in its arguments, but do not mistake this for being powerless, oh no they aren’t, they in fact command vast political power through their connection with the medical association of Sri Lanka which provides licenses to practice medicine here. And there ain’t no surprise the medical association basically banned SAITM graduates from getting training jobs in government hospitals. Then they even screamed that the entry qualifications were not sufficient for medical degrees and that syllabus material isn’t “up to standard”. These claims created the public perception that “SAITM is evil and a for-profit institute by a business venture”. This eventually led to the closing down of SAITM as a university and incorporating it into the semi government system by means of shifting its students to KDU (a semi government military university).

Sri Lanka has had private universities awarding degrees in business management, software engineering and information technology etc. for decades, and there has never been any kind of opposition or uproar to these. This tells us that while Sri Lanka doesn’t have an issue with the concept of a degree from a private run institute/ university, it does have an issue if it’s a medical degree. I recall one of my friends (a Software Engineer) from a state university saying “we are Engineers and even if we make a mistake it wouldn’t lead to lives being lost, but doctors cannot say the same, there is more at stake”. So the preciousness of human life is basically his argument not to allow a private university to award a medical degree. I’ll let you assess the merits of this quote, I’m not going to comment on it either way.

All this doom and gloom, you may be asking the question “Is it all lost? Is this the end of the road for any kind of medical or biology degree program that is run in non state universities?” The answer is, I hope not, I really do hope we see the day where this kind of thing isn’t an issue and everyone gets along in unity.

Of course we recognize that talented students come from poor families and everyone has potential to succeed, and I don’t think money should be a limiting factor to the heights of a person’s ambition. After all we’re all born spinning that invisible wheel of a birth lottery, we could be born into rich or poor parents, it’s not something we choose by our actions. Thus I think we do more harm than good in the division of rich /poor in the educational system of this country; associating private universities as “for the rich kids” and government universities as “for poor people” isn’t helpful at all, it just further divides, doesn’t heal any social divides. I think we’d do more good in driving society forward by reducing economic inequality.

We also need an overhaul in the curriculums of secondary and uni education, enough with the “same old”, it’s time to move on and join the rest of the world, adapt to a world that’s changing and reflect these in the syllabus to produce graduates that are aptly skilled to take on tomorrow’s tech driven world. We need to innovate more, and invest in more researchers in universities (which currently there isn’t enough of).

You may be wondering why I speak with such passion on this topic in particular. I say all this as a person that didn’t come from a rich family and my parents never paid for a degree at an international university. I did try to enter a government university. In fact I ended up with a BCC result in A Levels completing it in Bio stream. I didn’t want to become a doctor though, as far as I can remember, I always wanted to work with technology. Software engineering interested me, so I started working to collect money for a diploma course. So after my A Levels I worked in a variety of jobs from sales & marketing to web and graphic design.

Finally I enrolled on a diploma course in software engineering at one of the country’s most reputed institutions, I paid fees myself, I didn’t depend on my parents, I knew they did the best they could. So this went on for about three years, and I was studying part time attending classes (and learning online as well) while in a full time job. And guess what, I finally ended up with a degree in Software Engineering from one of the UK’s best modern universities. This is why I’m a firm believer that you can achieve whatever goal you want if you put in the right amount of talent, and if you’re talented and dedicated in the field. I don’t think there’s an excuse because at the end of the day there’s just no substitute for hardwork. If I finally became a software engineer without having all the “rich” cards in my hand from the beginning, no big money to depend on, then anyone can reach their potential.

There is a role for the government to play in ensuring private campus in Sri Lanka are up to standards in their curriculum and are teaching job relevant skills for the current economy. The ideal is if we could unite both the best private universities in Sri Lanka and government universities such that they work together to innovate research and develop. We could create our own “Ivy League” equivalent universities here in Sri Lanka, liking by transforming good universities Moratuva and Colombo making them modern with good state of the art facilities and engaging cutting edge research in South Asia. It’s up to us to bridge this “government/ private” divide we’ve created… It’s time we united back the old clique of school friends that played sports together in the same playground, and even ate from the same lunch packet! We should never be jealous of our neighbour’s success, cause you know what? We’re in this together.

Why you must visit Trincomalee at least once 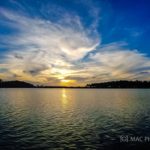 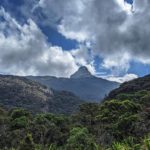 Why you should hike adam’s peak during off season